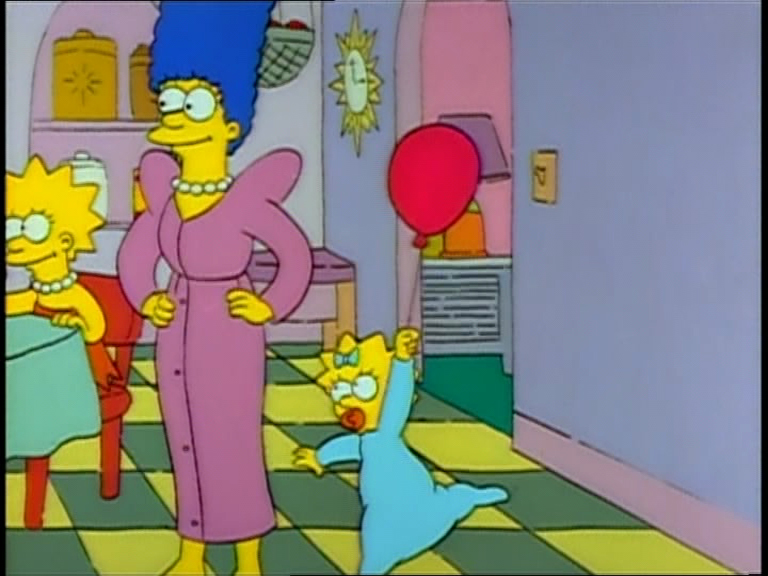 In the Simpsons episode “The Crepes of Wrath” (1990) Bart Simpsons gets sent to France as an “exchange student”. Upon his return he brings the following souvenirs: an Eiffel tower T-shirt and a bottle of wine for Homer, a nice couture dress for Marge, a toy guillotine for Lisa, and a red balloon for Maggie.

It’s just a little Matt Groening in-joke, but enough to be caught by IMDB.com where it’s mentioned as a Red Balloon reference.