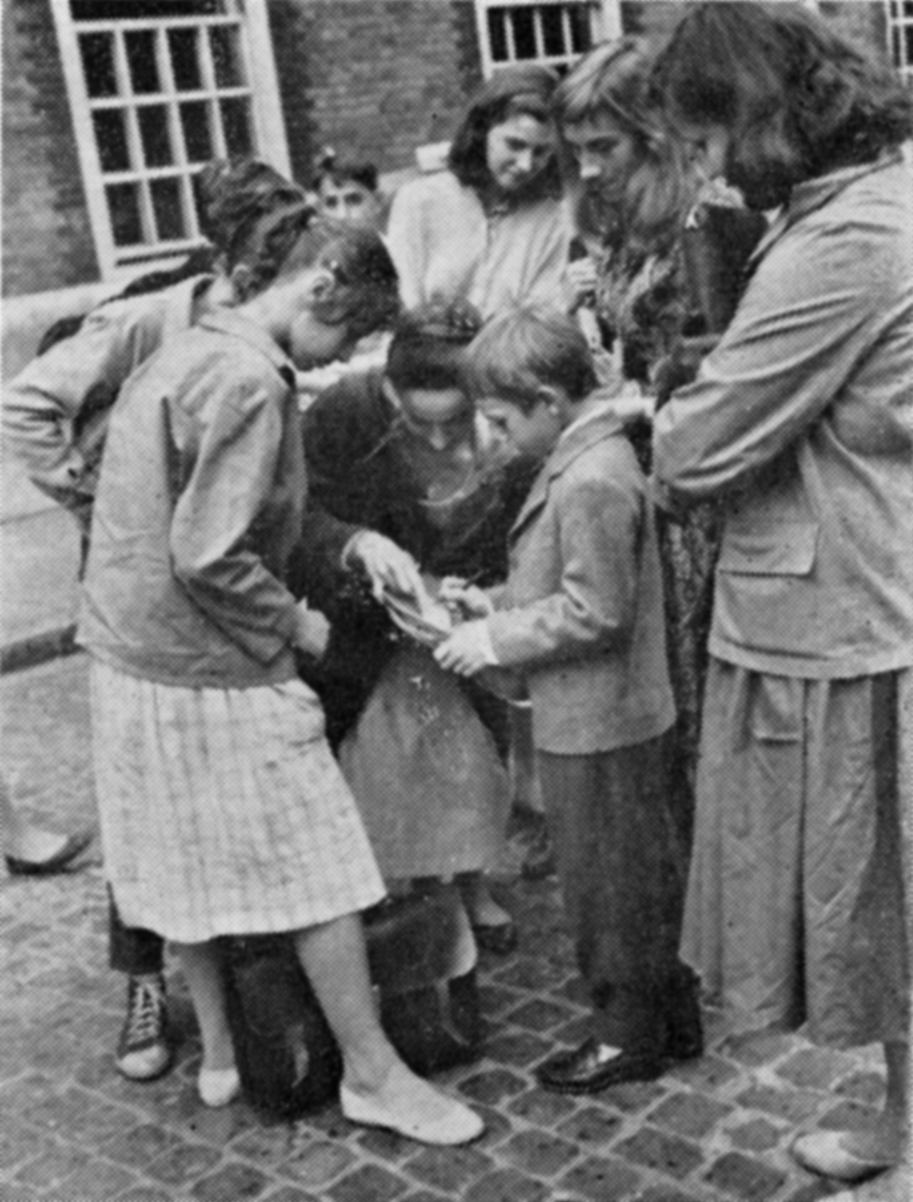 Pascal Lamorisse (7) signs autographs for female admirers. His mother (behind him) looks on.

In the summer of 1957 the Lamorisse family visited London, England. During a ceremony at the French Institute in South Kensington, Albert Lamorisse was presented with the British Film Academy Special Award for Le Ballon rouge. Afterwards, outside, his seven-year-old son Pascal held the strings of 50 red balloons; at his father’s word he let them sail into the air. Anyone who retrieved a balloon could exchange it for a copy of the book which is adapted from the film’s screenplay.

Lamorisse père then helped the assembled photographers who were taking stills of Pascal. Papa clicked his fingers above his head. Pascal looked up and the cameras recorded the expression that had endeared the boy with the red balloon to millions of picture-goers all over the world.

(From an article in Films and Filming)