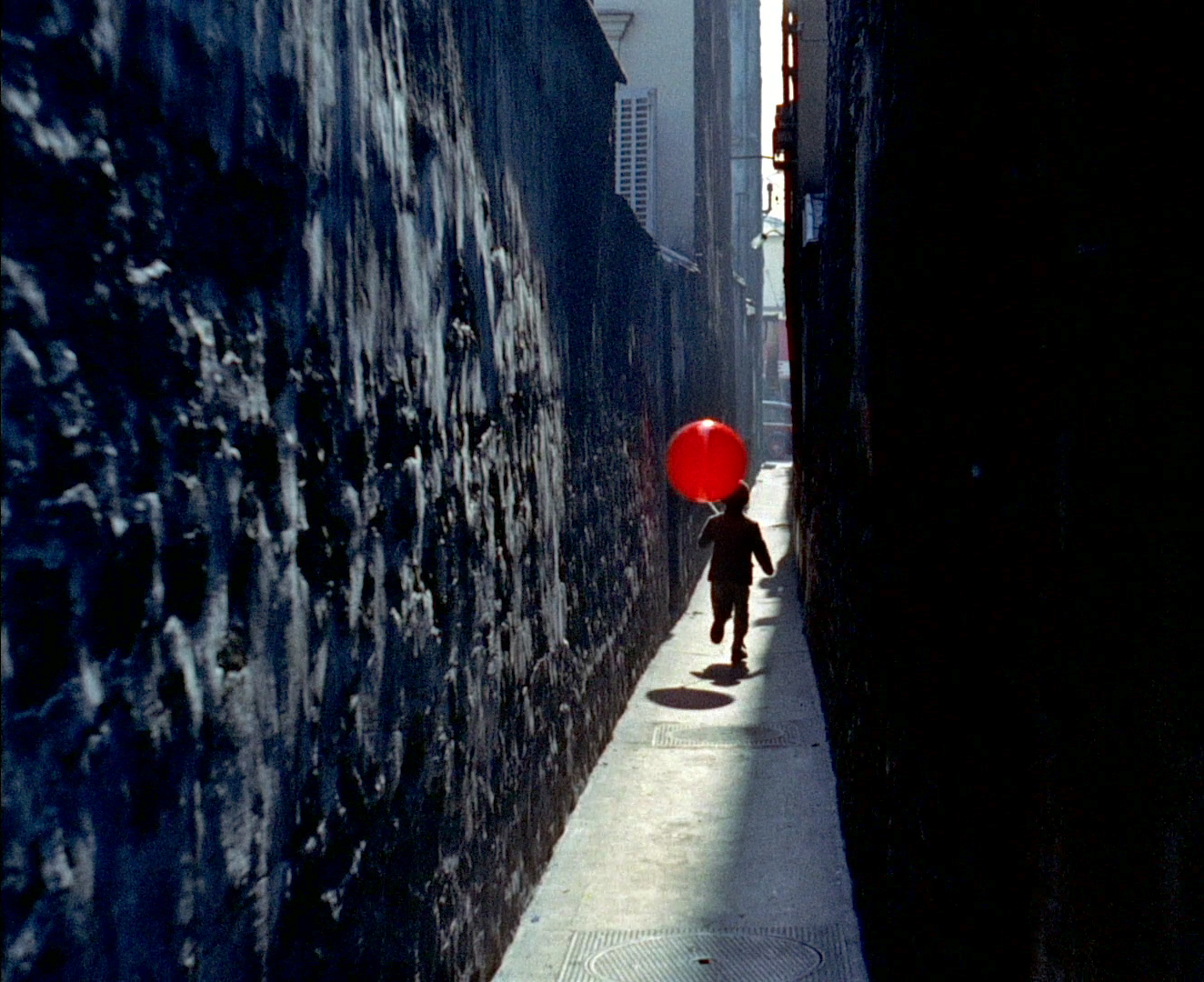 In the fall of 1955 Pascal Lamorisse was seen running down a narrow alleyway trying to escape from a band of “voyous”.

As we point out in Furore (p. 70), this scene was shot in one of the two narrowest alleys in all of Paris. Here is an archive photo of the same alley in 1962.

Ten years after The Red Balloon, another Pascal was running through the same alley. It was actor Pascal Fardoulis in the experimental short Les Pays loin (1965) by Jean Rollin. Note that the buildings on the right have not survived the preceding decade.