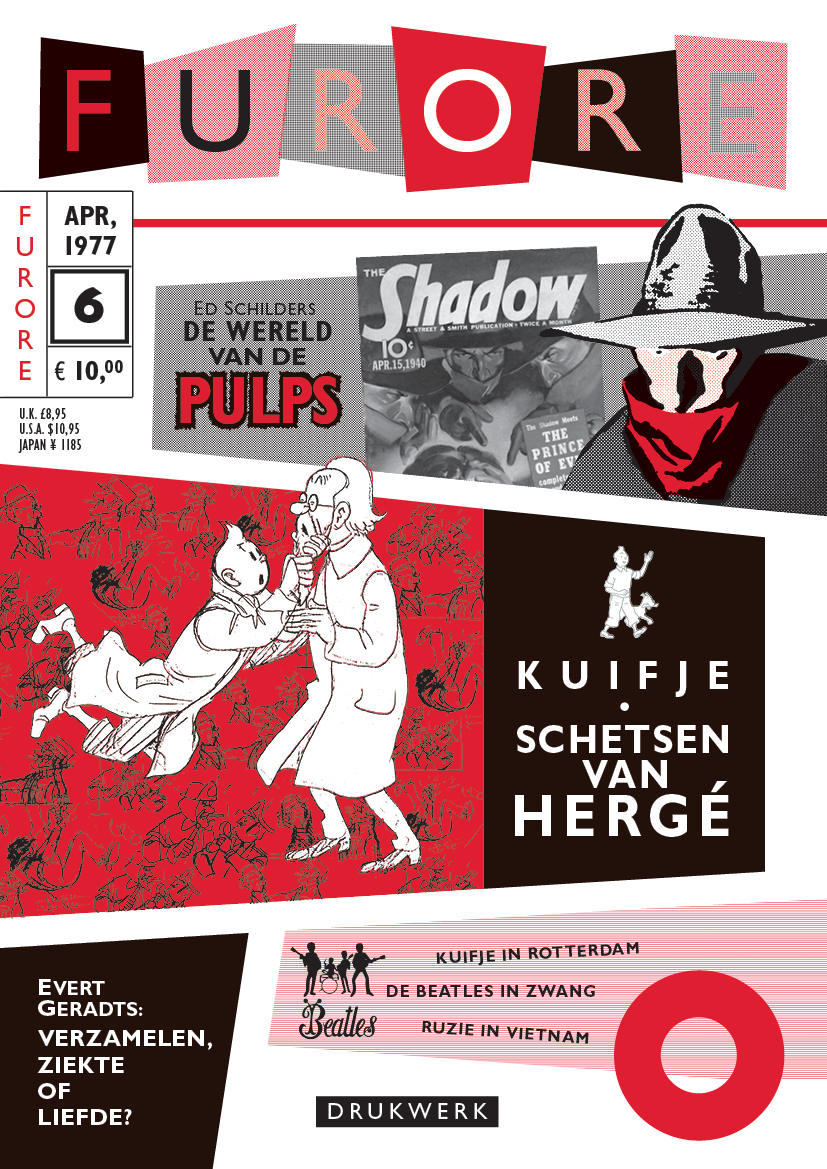 After forty years, this rare and highly rated issue has been re-issued at last.

Although we aimed for an exact replica of the original texts, images and page layout, this is not a facsimile edition. The print quality of the original 1977 did not allow it. The images, originally printed in black-and-white with a coarse screen, had to be newly scanned. Back to the source: finding the original photos or negatives, drawings and books proved a lenghty process. The original black-and-white look of the magazine has been largely preserved — with some exceptions which are discussed here. 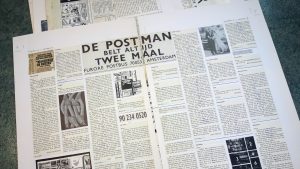 In 1977 digital files did not exist. The original page layouts (pictured here) were preseved and some of them could be used as a source for scanning.

Page 1 is a composition in red and black; it remains so, even though we now have a color image of The Shadow Meets The Prince of Evil (July, 1939). 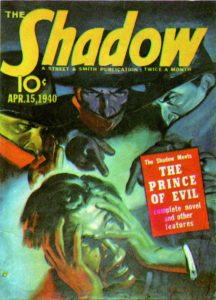 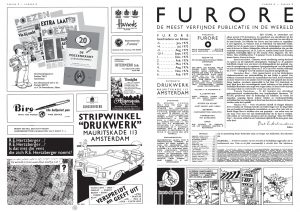 Page 2 is unchanged; page 3 was newly typeset but is otherwise unchanged. Please note that the information on this page is no longer valid — subscriptions are no longer possible, Har van Fulpen is no longer the publisher, Wim Schroot wasn’t the printer and Loe van Nimwegen did not do the reproductions. 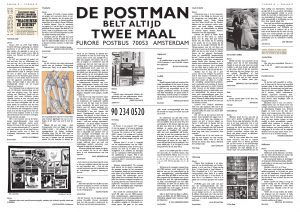 The letters page opens with a letter by Peter Oosterbos in Roosendaal. At the time, Oosterbos was a tireless letter-witer specializing in American literature, typewriters, rubber stamps and other paraphernalia. A few years later we allowed him to organize the magazine’s review section, which did not end well. Oosterbos discovered how easy it is to ask for free copies of books, cds, dvds etc. in all countries of the world, presumably for review purposes. The situation got out of hand pretty quickly. Forty years later, we still receive queries from publishers, art galleries and record companies asking whether this mr Oosterbos can be trusted. The answer is no. Furore #16 (1983) en #22 (2017) contain articles about Oosterbos’s fraudulent actions. More on the subject can be found here.

This illustration (in a letter by designer Paul Mijksenaar) proved quite hard to find. It turned out to be a detail of a London Underground Poster reprouced in the previous issue of Furore, but where did that come from? Not from the book London Transport Posters, mentioned in that issue. The solution arrived in the form of an enormous scan sent by Ruiz Alexander at the London Transport Museum. The image is a diagram of Camden Town Underground Station (‘London’s Newest Underground Wonder / Open April 20’), drawn by Chas. W. Baker in 1924. The drawing is so pretty that we decided to reproduce it in colour. 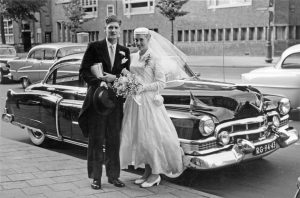 The photo accompanying ‘Een model Cadillac’ was newly scanned thanks to the Van Doornen family archives. Herwolt van Doornen adds the information that his parents posed in front of the Cadillac in J.M. Coenenstraat (at Roelof Hartplein), Amsterdam, in 1956. Note: on p. 33 parts of the same photo return in a new context.

The Hergé interview (p. 6–8) took place in the course of preparing for the exhibition ‘Kuifje in Rotterdam’ at Lijnbaanscentrum, Rotterdam, as organized by Joost Swarte, Har Brok and Ernst Pommerel. Mr Hergé, then 70 years of age, revealed that he was unhappy with the album edition of The Broken Ear (1943); he considered some pages as “too empty”. “No, that cannot remain so”, he said. The young interviewers found the old images and the less-than-perfect translations utterly charming. This experience strengthened our resolve not to correct our “charming” mistakes from 1977 in the new edition.

Nevertheless, it is interesting to show Joost Swarte’s original drawing for ‘Kuifje in Rotterdam’ in its original color. 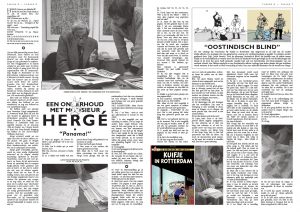 Page 9 is the only one in which the lay-out is different from the original. 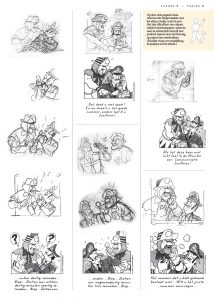 The images from the Beatles’ “Penny Lane” promo clip (p. 13) were taken from a Dutch music monthly; the photo of Lennon in the recording studio came from Salut les Copains magazine. This time around, they are reproduced in their original colours. 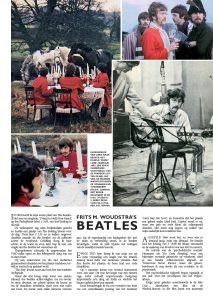 John de Rooij’s photo of John and Yoko was newly scanned. The original is in Har van Fulpen’s personal collection. 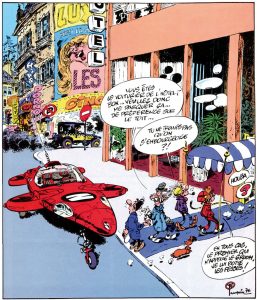 André Fraquin’s drawing was originally reproduced from the first issue of the free comics zine Guust, published in December 1976 by Strip en Kartoen Centrum Driesen. In 2003 a colored version appeared in a “hors série” publication devoted to Franquin. 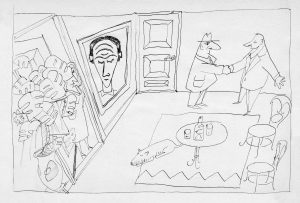 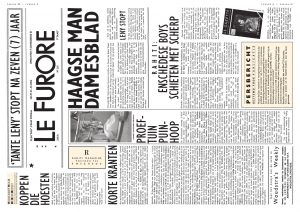 In the department ‘Le Furore’ (p. 20-21) other magazines and media are being reviewed. These pages were scanned from the original magazine pages and may contain mistakes. 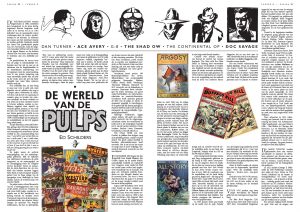 The text of the article ‘De wereld van de Pulps’ by Ed Schilders (p. 22–28) was newly typeset and correceted by the author. The images, mostly derived from Tony Goodstone’s book The Pulps, are now reproduced in colour. 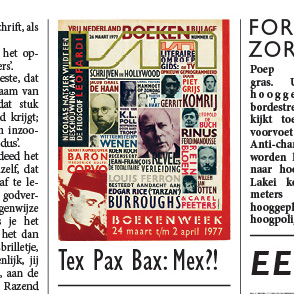 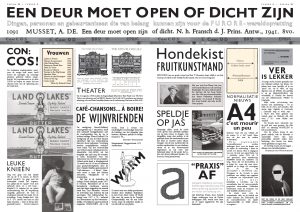 In de department “Een Deur Moet Open Of Dicht Zijn” (“A Door Must Be Either Open Or Closed”, p. 32-33) Furore usually writes about visual gags, puzzles, and secret (digital) codes. This issue was the first, but certainly not the last, in which the “secret” abbreviations seen above the windows in the London Underground were described. The “mystery” was finally solved in 2013, thanks to the internet: Furore #21 published an exhaustive list of the meaning of all such abbreviations, including: 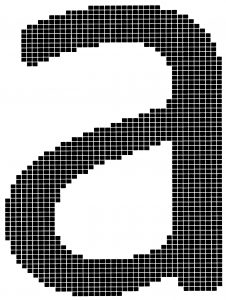 Type designer Gerard Unger provied the original drawing of the “a” from his Praxis.

The covers in the “Drukwerk” advertentisement (p. 35) were reprodced in colour. Because issue #7 of Inkt magazine was not ready by the time Furore #6 went to press, we showed a cover dummy instead. 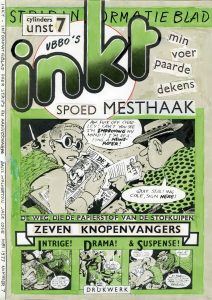