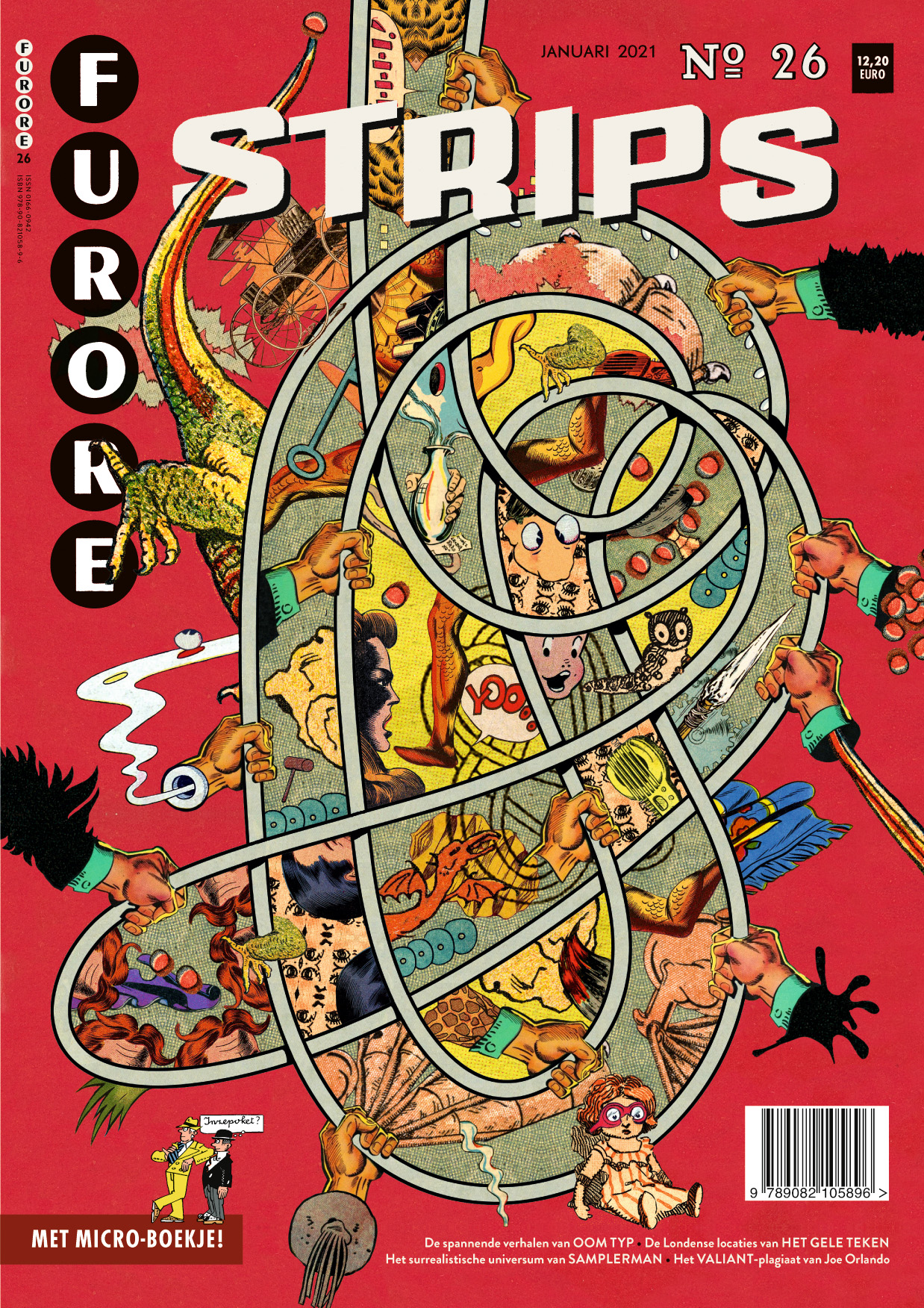 ‘The world’s most interesting magazine’ publishes a special issue devoted to comics. The text is mostly in Dutch.

Furore is a magazine edited and designed by Piet Schreuders.

It has appeared irregularly since 1975.