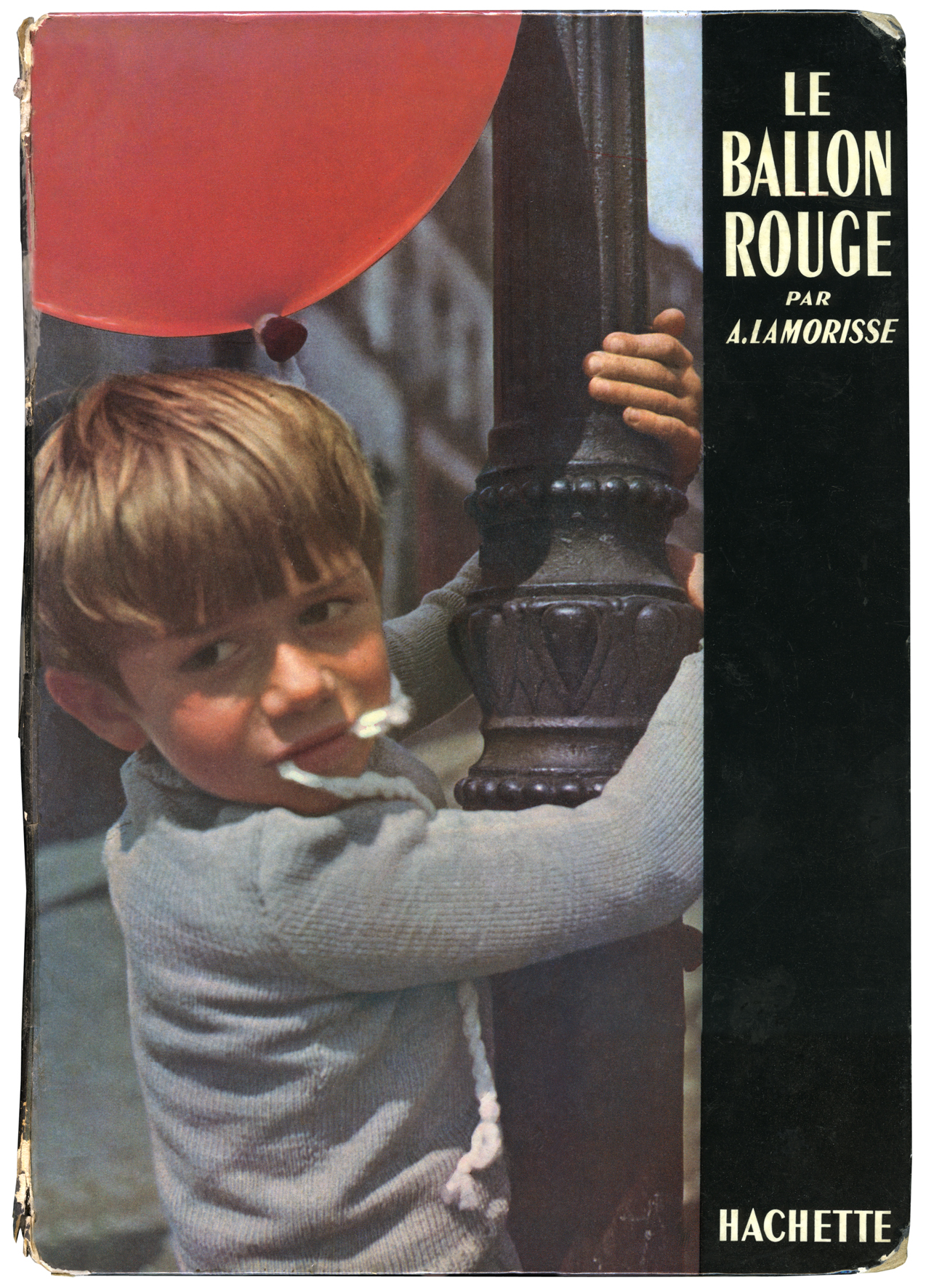 The release of the film Le Ballon rouge in 1956 was accompanied by a picture book by Albert Lamorisse presenting the film’s story in words and pictures. The book was produced in the early spring of 1956 and soon became a bestseller the world over. Here is an overview of consecutive editions.

Printed in rotogravure by Draeger, April, 1956 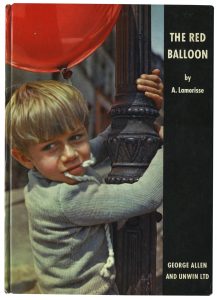 On the title page the name of the script girl (Reinie Bource) is given as “R. Bowice” 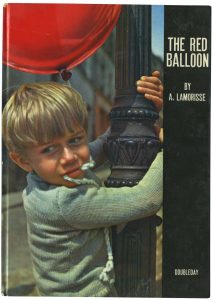 In 1959 a Czech edition followed. This one was markedly different: 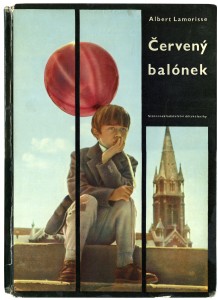 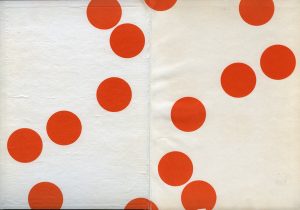 Front cover photo: Pascal resting on the top of the stairs in the cité d’Isly, overlooking Notre-Dame-de-la-Croix. Black-and-white photo from page 29, hand-tinted and heavily airbrushed (especially the balloon).

Back cover photo: detail of the black-and-white photo from page 48, hand-tinted. 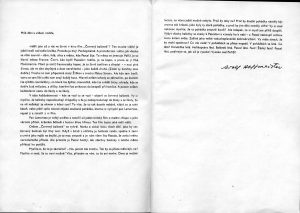 A special feature of the Czech edition is the afterword by Adolf Hofmeister, which goes something like this:

“Dear children and parents, you’ve seen the film The Red Balloon? About the friendship between a red balloon and a small boy, taking place in Paris, in places that are similar to some parts of old Prague. The film won the love of children around the world. Do you think that it is not possible? That balloon cannot be alive? No, that goes only adults. For children in the world everything is possible, to fly in a balloon high over Paris…”  (Abstract by Petr Gajdosík)

Adolf Hoffmeister was a Czech writer, translator, playwright, journalist, lawyer and politician. In 1939 he emigrated to Paris, spent six months in prison, fled to Morocco, was in a concentration camp, 1941 fled to the USA and became editor of Voice of America. Returned to Czechoslovakia in 1945. Was Czech ambassador in Paris, 1948-1951. From 1951 rector of the University of Prague and President of Czech PEN club. After 1968 he was banned from all public activity. He died in 1973.

illustration by Adolf Hoffmeister in the 1964 Czech edition of “The First Men in the Moon” by H. G. Wells 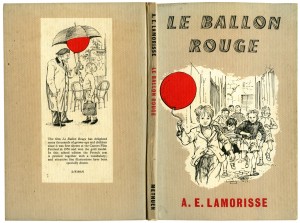 Publisher’s Note: “This edition is published by arrangement with Librairie Gallimard [should be Hachette?] and the author, to whom our thanks are due. All rights are reserved.”

Contains the original French text (30 pages), a biography of the author, a list of “special speech units”, irregular past historic forms used in the book, parts of the verb “devoir” used, with their meanings; vocabulary (6 pages). 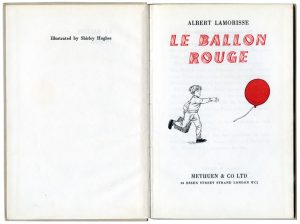 Shirley Hughes’ illustrations were based on the photographs in the original book. 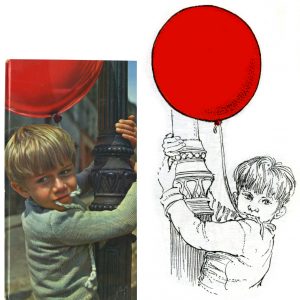 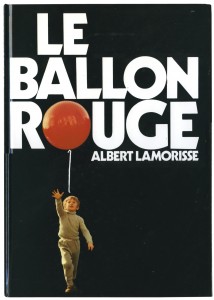 Design: same as original but text re-set in Times Roman.

Front cover photo: detail of the colour photo from page 25 (Pascal and Sabine Lamorisse with blue and red balloons) 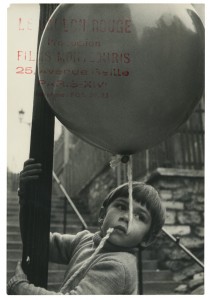 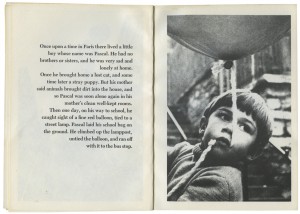 Certain liberties were taken with the page layout as well: 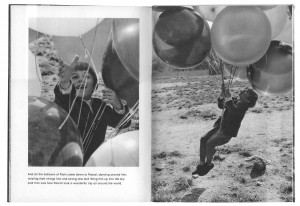 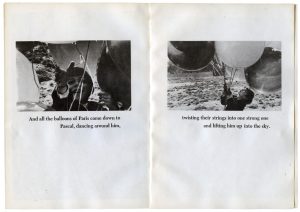 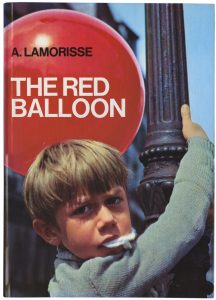 Back cover photo: same as original. Back cover lists ISBN.