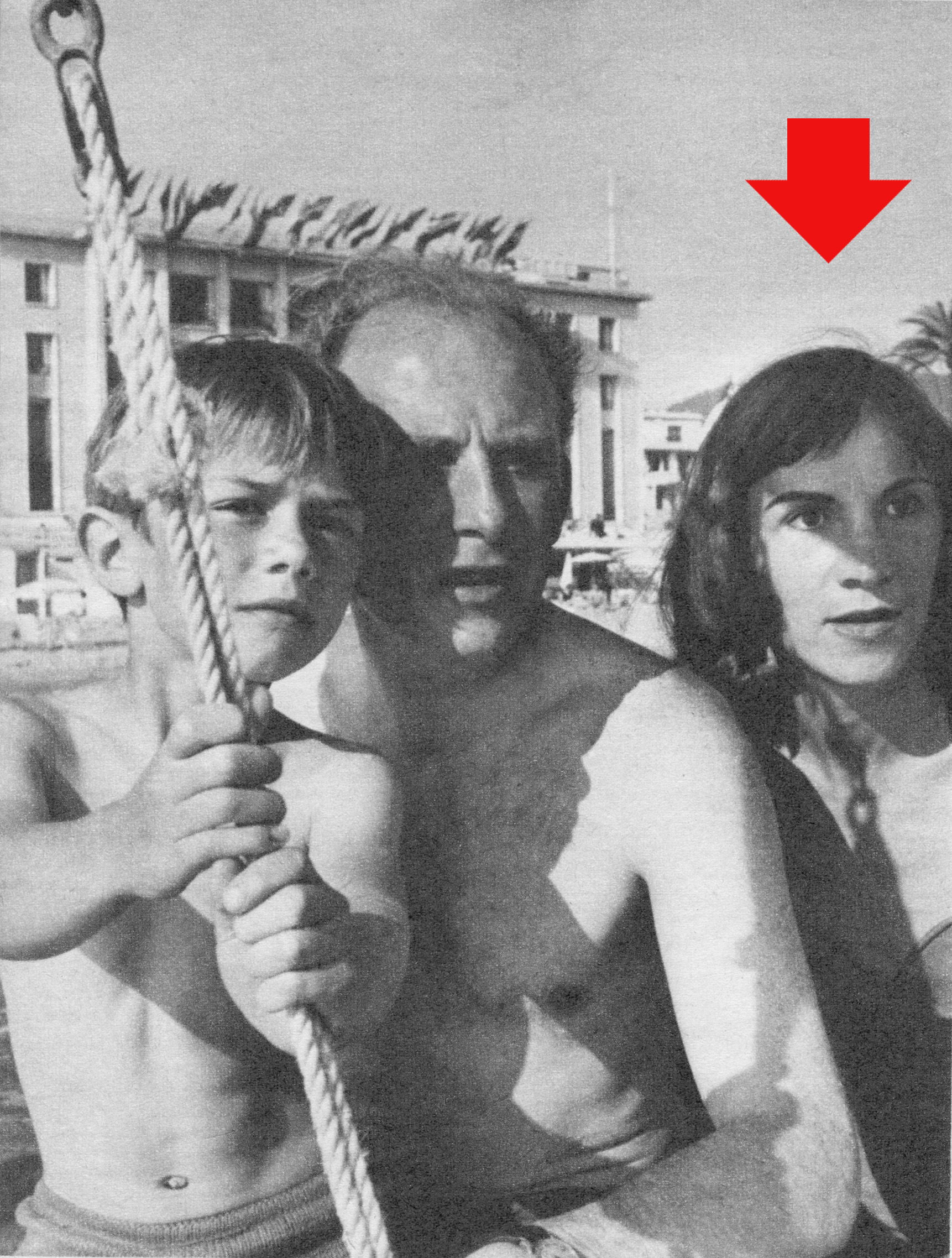 Albert Lamorisse’s film productions were always more or less family affairs. His wife, Jeanne Claude Duparc, was also his script girl and assistant director. The films were conceived at the kitchen table, with each family member contributing. His children – Pascal, Fanny, Sabine – each played major or minor parts.

As we describe in detail in Furore (p 84-85), Pascal’s bus ride — followed by the balloon — can be broken down into the following segments:

11’33”    The 96 bus (car 2848) departs westward along rue de Ménilmontant (at stop Pyrénées-Ménilmontant). Jeanne is among a group of passengers waiting to get on; she has a red skirt and navy windbreaker, a leather bag slung across her shouder. As she gets aboard the bus she is telling the conductor something, after which her face is hidden by the balloon. Pascal “admonishes” the balloon and lets it go; it disappears from view.

11’59”    A different 96 bus (car 5710) descends the rue de Ménilmontant at rue Boyer; Jeanne is standing directly behind Pascal; both watch the balloon intensely, as do the conductor and the other passengers.

12’09”    Bus 96 (car 2793) is approaching boulevard Richard-Lenoir from rue Oberkampf while being filmed from a moving vehicle (another bus?); Jeanne is standing behind Pascal; this is followed by a close-up of Pascal in the bus, possibly filmed by Jeanne herself.
12’30”    Point of view from a moving 96 bus at the low end of rue de Ménilmontant, driving east (passengers not visible).

In a deleted scene, car 2843 is in the rue Saint-Antoine. Pascal looks at the balloon above; his mother is mostly hidden from view behind another passenger.