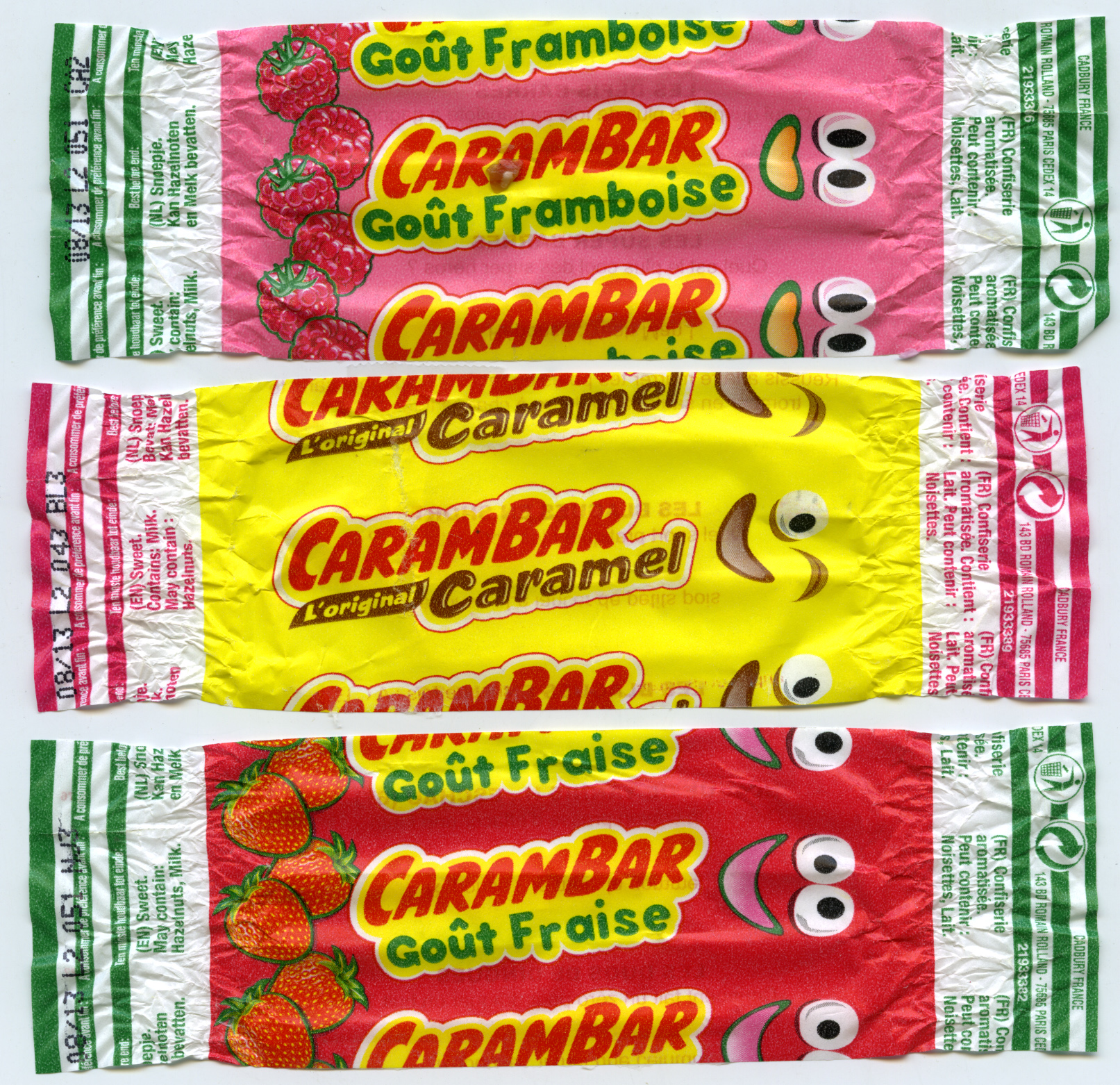 Ketty Belhassen, a former resident of 16 rue Vilin, recalls going up the stairs at the end of the street and frequenting the Boulangerie-Pâtisserie — the same one as visited by Pascal in Le Ballon rouge (Furore 21, p 63). “The boulangerie was open on Sundays. Every Sunday my father would give us 50 centimes each and then we would run to the boulangerie and buy our malambars and carambars, which cost 5 centimes then.”

In 1954, Mr Fauchille, director of the Delespaul-Havez company, and his employee Mr. Galois had a surplus of cocoaand decided to create a new, original recipeto use it up. The legend says that one of the machines in the factory was malfunctioning, making the long bars that still exists today. This sweet, in the form of a bar, was christened Caram’bar (with apostrophe). Inside of the wrappers, there were “Caram’bar points” which could be redeemed for various related products until 1961 when points where replaced by jokes. In 1972, the name changed to “Super Caram’bar”. In 1977 the name lost its apostrophe.