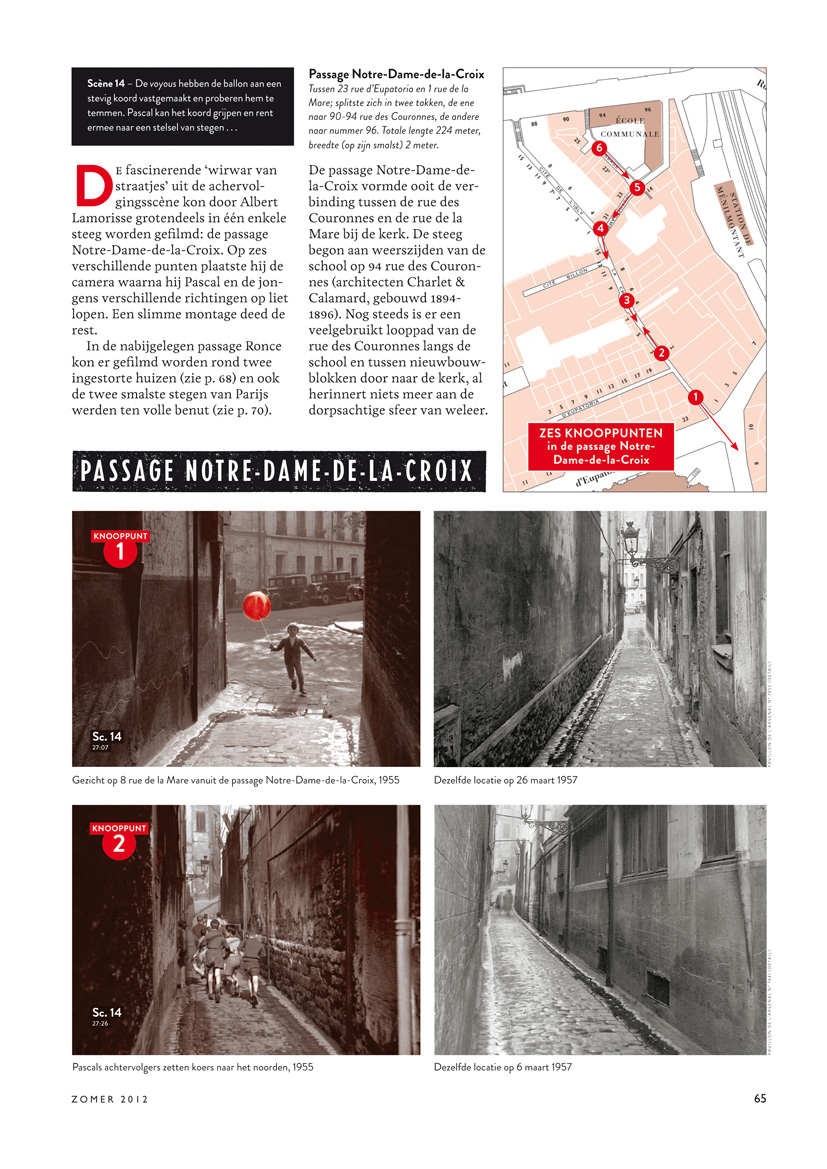 In Furore #21 (p. 65) we describe Albert Lamorisse’s creative use of the passage Notre-Dame-de-la-Croix in The Red Balloon’s climactic chase scene. At 27:26 the voyous follow Pascal into the passage, running north towards the intersection of cité Billon.

This propaganda film in the guise of a documentary (Prix Louis Lumière 1956) makes a case for the destruction of 200,000 homes in Paris because they are “dangerous for the health of the inhabitants”.
“Today we must urgently evcuate and destroy the dilapidated neighborhoods, the slums, to recover the land required for the erection of a modern city,” an overly enthusiastic voice-over proclaims.

Filmed at roughly the same time as The Red Balloon, La Crise du ligement offers a view of the same alley.

At 17’02” in this Daily Motion excerpt we see the Passage Notre-Dame-de-la-Croix seen from the rue de la Mare. As the camera pans left, revealing the corner of the rue d’Eupatoria, there’s a marble plaque commemorating resistance fighter André Durand who once lived “au no. 13 de ce passage”.

As the entire passage and surrounding buildings were demolished in the 1960s the marble plate must have been destroyed too.
A replacement marble plaque is now installed at 23 rue d’Eupatoria.