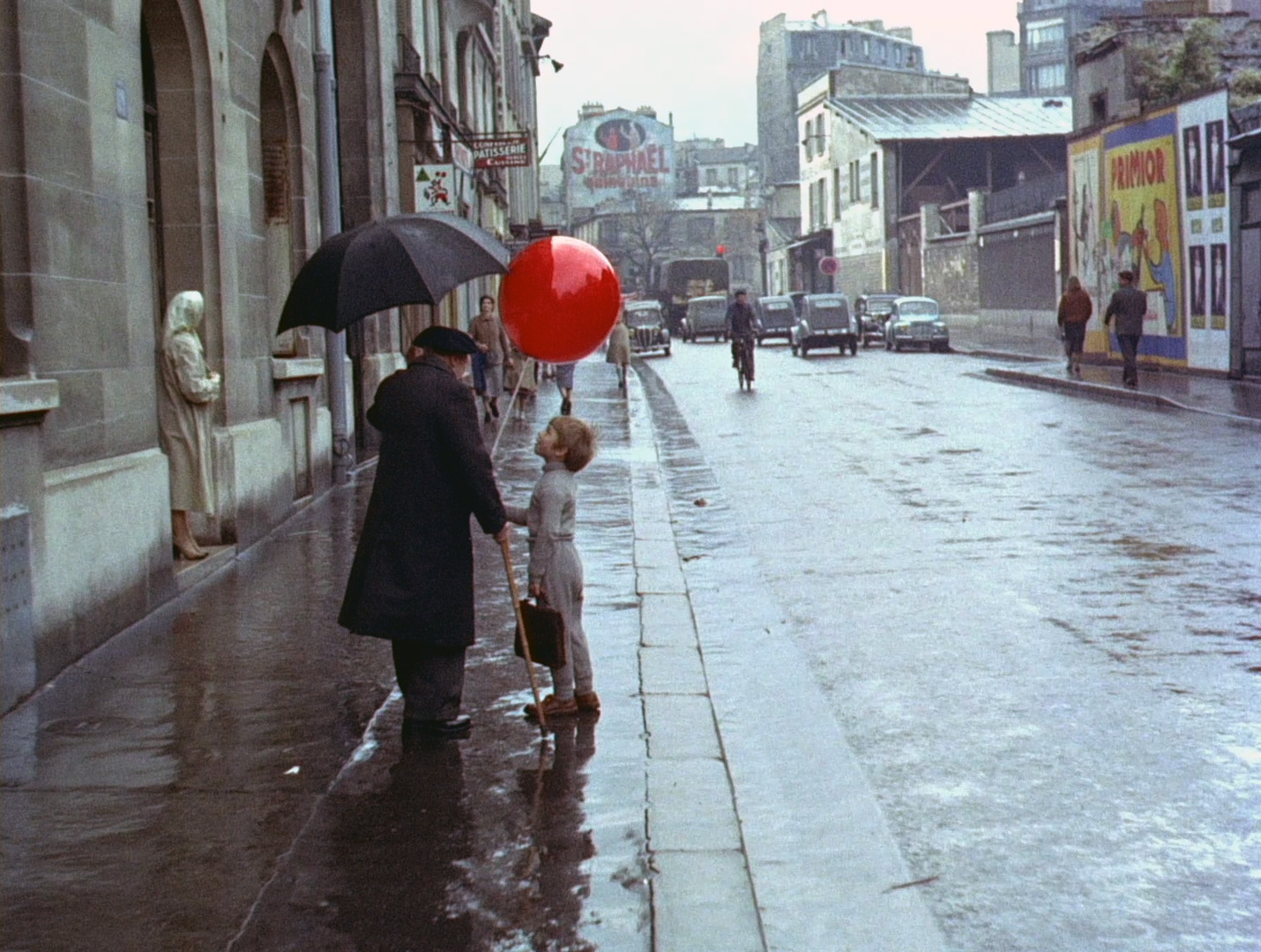 In Balloonology 1 we discussed Pascal’s walk in the rain with an old man, passing a restaurant. Pascal first meets this old man in another street, distinguished among other things by a mural advertising “St. Raphaël Quinquina”. Where was it?

While looking for the “Chez Hubert” restaurant among old photos of the rue de la Tombe Issoire, I came across this one. It shows 52-57 rue de la T.I., looking south from the intersection of the Avenue du Parc de Montsouris (now called Avenue René Coty).

I didn’t spot it right away, but there it was, in the distance: a St. Raphaël mural.

A Google Street View search quickly revealed that the street Pascal and the old man were walking in is indeed the rue de la Tombe Issoire.They were standing in front of nr 71bis; the St Raphaël mural used to be on the side wall of nr 90.

Since we learned that Pascal and the old man were filmed in two separate locations in the same area of the 14th Arrondissement, it seemed plausible that the duo’s third location – a parkside café – was not far from here.

Just such a spot can be found on the corner of Avenue Reille and the rue Nansouty, bordering the Parc Montsouris — just a few blocks from the two previous locations.