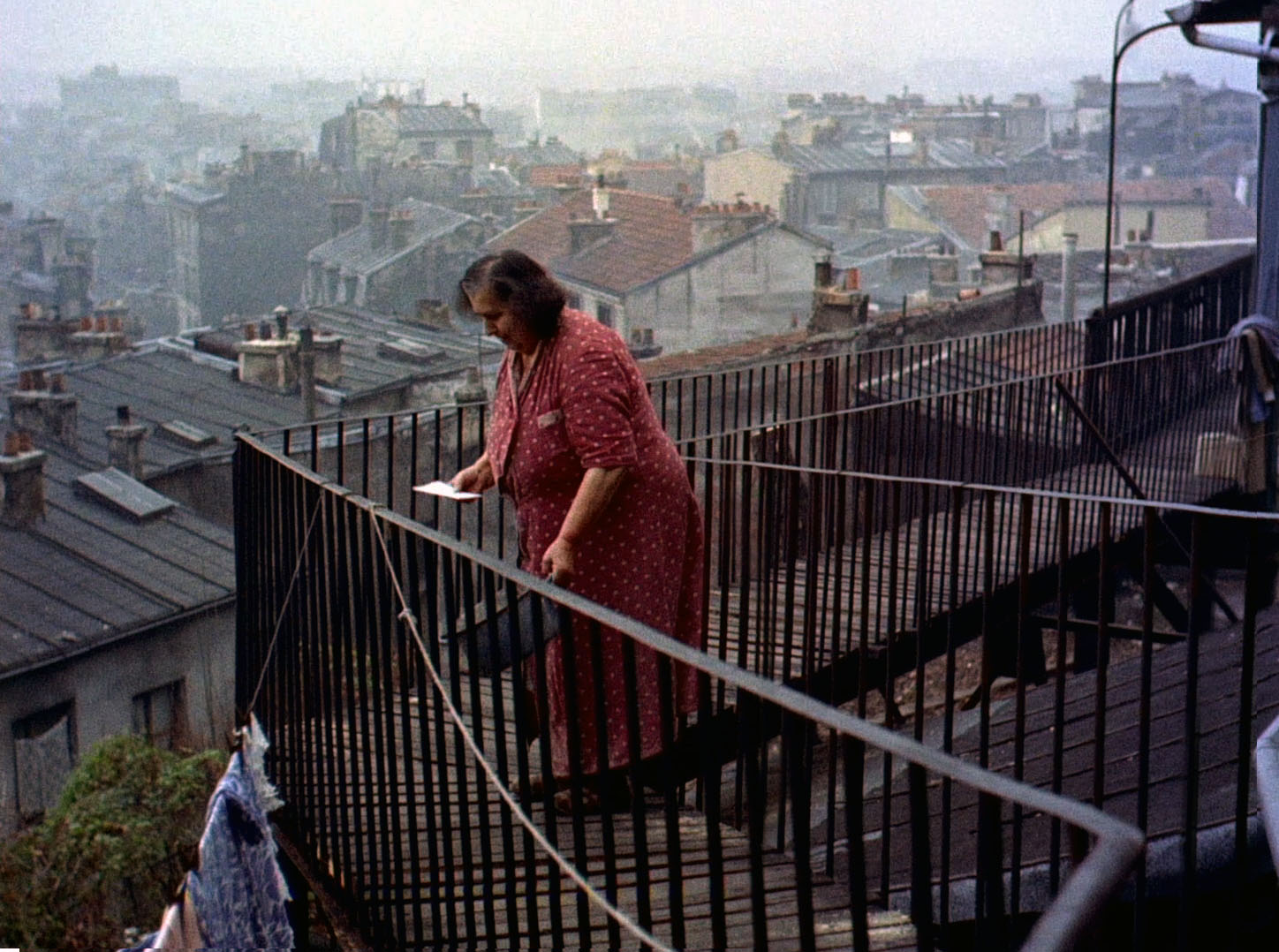 The morning scene in The Red Balloon is illustrated by a baker opening up his shop, a glass salesman advertising his wares and a postman delivering letters. These scenes were all filmed in the rue Piat, Belleville. The postman walks along a walkway (passerelle) at the back of 21 rue Piat, as described in detail in Furore #21, page 51. The walkway was often used by photographers as it offered a good view of Belleville’s picturesque backyards and rooftops, particularly the rue Vilin. The atmosphere is upbeat, pastoral, village-like.

Jean Dewever’s propaganda film La crise du logement , made that same year, contains a shot taken at almost the same angle. The context here is utterly pessimistic, however: a voice-over informs us that hundreds of thousands of homes in Paris pose a deathly risk to their occupants by their very structure. We’re informed that the “rational reconstruction” of the old Paris necessitates the razing of these health hazards.

We all know where that led to: an “espace vert”, a nice, airy, green, sterile open space.