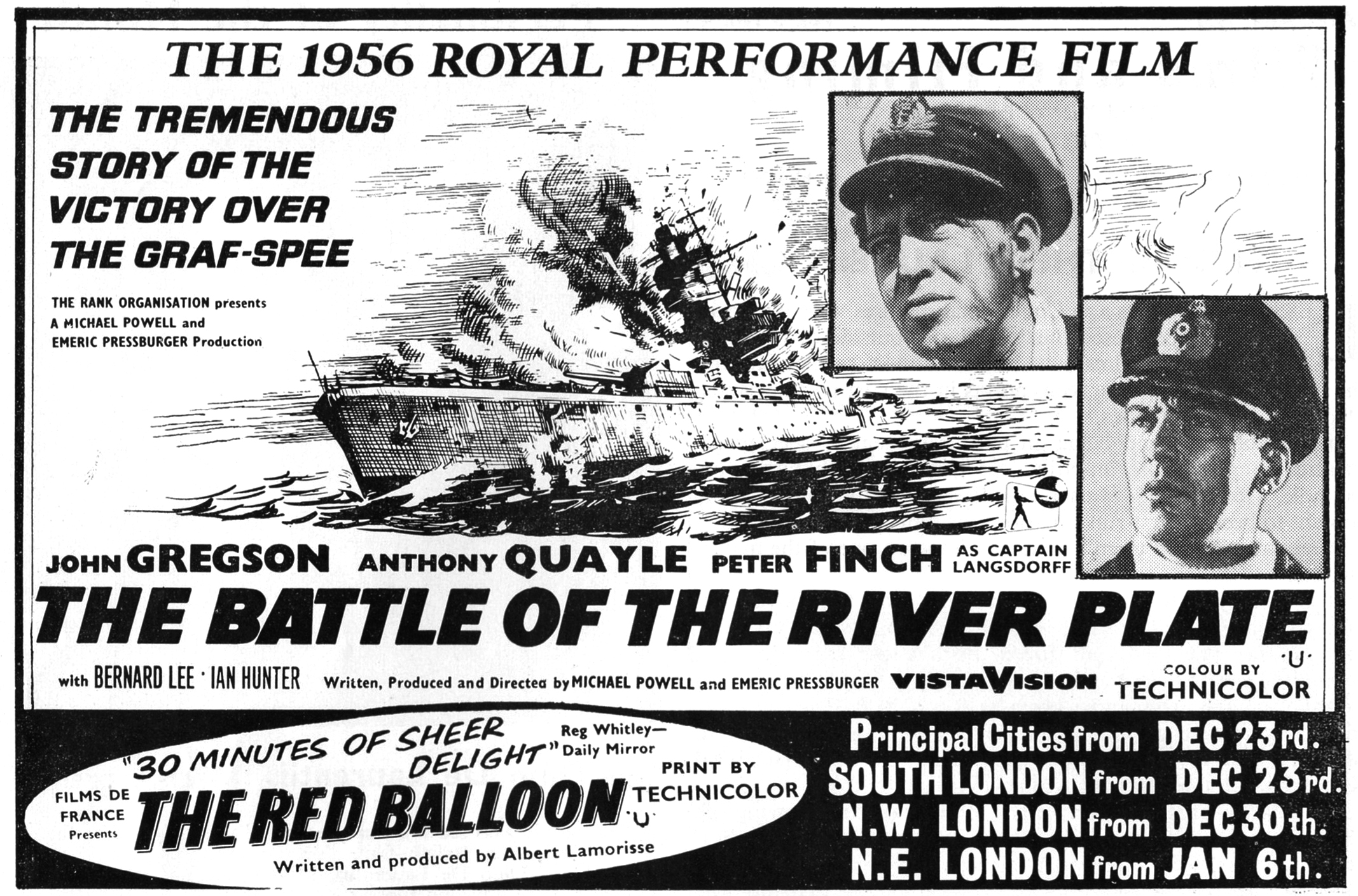 “Here in the UK, The Red Balloon was given the honour of being chosen, along with The Battle of the River Plate, to be shown at The Royal Film Performance premiere in December, 1956, at the Empire, Leicester Square, London, and both films were sent out on general release together and were very successful at the box office. See attached scan of a magazine poster from the time. I went to see both films at my local cinema as a ten year old in April, 1957.”