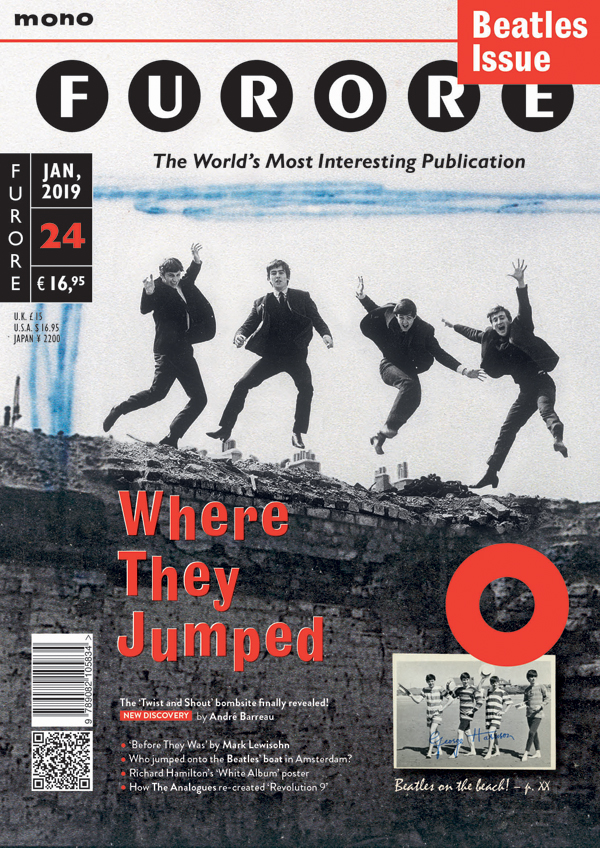 • COVER STORY – Andre Barreau describes the exact spot where Fiona Adams photographed the Twist and Shout cover picture;
• Mark Lewisohn writes about the jobs the Beatles had before they were Beatles;
• Lucas Ligtenberg and Piet Schreuders describe the unforgettable canal tour of Amsterdam, 6 June 1964, and reveal who jumped onto the Beatles’ boat;
• The original poster of ‘Being for the Benefit of Mr. Kite!’ is finally on public view;
• Har van Fulpen studies the Beatles’ signatures, real and almost real;
• Piet Schreuders revisits the beach near Weston-super-Mare where Dezo Hoffmann created his classic Beatles photos;
• The photo sources of Richard Hamilton’s ‘White Album’ poster revealed;
• How The Analogues re-created ‘Revolution 9’;
• Piet Schreuders shows some of his ‘then-and-now’ photos he made for The Beatles’ London and Adam Smith picks out a few memories of this immortal project