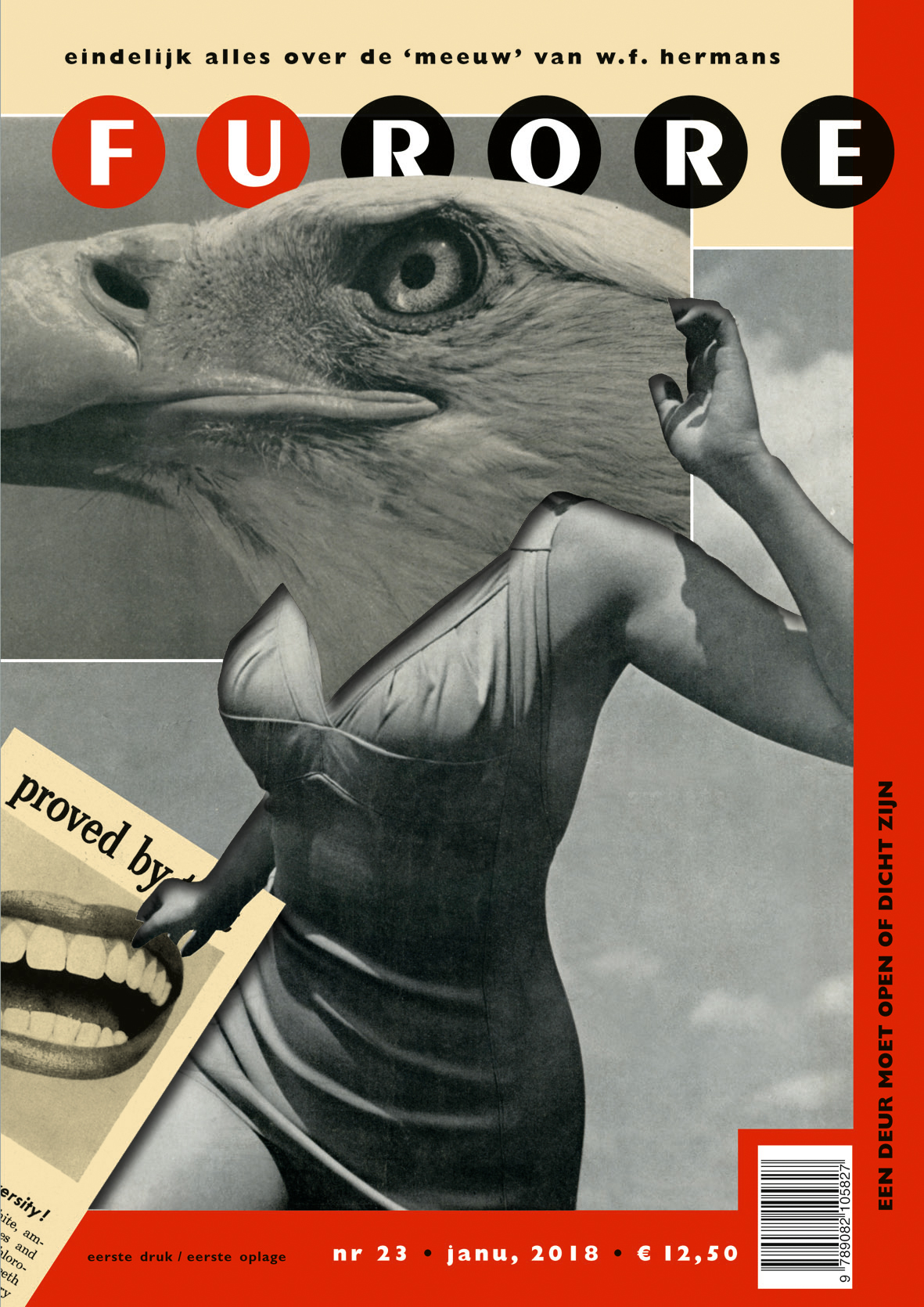 FURORE #23 (January, 2018) is here. Furore is a gazette compiled and designed by Piet Schreuders and published at highly irregular intervals since 1975.

The cover story (by L. H. Wiener) is an essay about the three pictures on the cover of Mandarijnen op zwavelzuur, the legendary pamphlet by Willem Frederik Hermans from 1963. Where did the photos in this collage originate, and was the bird an ordinary seagull (as Hermans claimed) or an American eagle? FURORE launched a full-scale investigation and presents the results.